The hidden paradise & exotic corner of the world Tsum Valley is situated in northern part of Gorkha district, near Tibet border, surrounded by Buddha Himal with Himal Chuli to the west, Ganesh Himal in the south, and Sringi Himal to the north. Tsum valley trekking is one of the best trekking trail where ones can easily feel the friendly and hospitable people, a living traditional Tibetan Buddhist culture and untouched wildlife because of Buddhist prohibitions on hunting.

The people of Tsum are known as Tsumbas. Their main trade is with The Kyirong region of Tibet, which lies across two passes at the head of the shar Khola (east river) Valley. Places to visit in Tsum Valley are including Pirren Phu (Pigeon Cave- also known as Milarepa’s cave) near Birj Village, Rachen Nunnery, Mu Monbastery, Gumba Lungdang Nunnery and the village Chumling, Chhule, Chhekamparo and Nyile. Piren Pht u (Pigeon Cave) is one of the most sacred cave in the Tsum Valley.It is situated at foot of the rugged cliff near Burji village (3300 meter). Milarepa the famous Tibetan saint was meditate in this cave. During his travel over the 84 years he had meditated he was born in 1052 A.D. Mila Dorje Senge was his family name Thopaga is his common name. Thopaga which means delightful to hear. There are 3 seprate gumbas attached to the vocky cave. This houses life size statue of Milarepa, Milarepa foot-print, Avalokiteshwara, Buddha, Tara etc. This all statue were made by clay.

Highlights of the trek

ARRIVAL IN KATHAMANDU AND TRANSFER TO HOTEL

Our representative will pick you up in the airport after your arrival and transfer you to the hotel. In the evening meeting with the trekking guide and brief you on the trek.

SIGHTSEEING AND PREPARATION DAY FOR TREKKING

In the morning after having breakfast we begin the tour around Kathmandu with a professional English-speaking guide. During the day you will cover some of the historical and religious, world heritage sites.

Early in the morning we will drive out from Kalanki, and join in the one of the busy highway of Nepal, which links the Kathmandu to other parts of Nepal. After 3 hours driving on the busy highway we will enter sub route to Dhading Arughat . Arughat is the gateway to Manaslu region . The small village Sotikhola is further 45 minutes drive from Arughat. Overnight at Soti Khola.

Today is the first day of trekking. We will process the trek after having breakfast. After crossing white thundering stream we will reach Liding, you will see the breathtaking view of big waterfalls. After Liding the trail is slightly difficult you will pass the different small village of Magar community before reaching Machha Khola. Machha Khola itself is a village of Magar community settlement near the bank of Budhigandaki. Before reaching Machha Khola we have to pass different waterfalls and white running stream on the way.

The narrow trail and lots of up and down leads you At first we will reach small village of Magar community called Khorlabesi If the weather is clear we can see the nice view of Ganesh Himal . As previous day trail goes along the side of thundering Budi Gandaki River . Crossing hot spring village, suspension bridges and amazing waterfalls . Thundering Bhudi Gandaki River descending down in an impressive way of water series. Around 1 hour gentle climb from Doban you will reach in Yaru Bagar, where you can see the plain area of river bank. In Yaru Bagar you can see small cottage (Bhatti) where local porters and people used to drink tea and local wine. After crossing the suspension bridge, the trails ascent few stone then you will see the small nice village called Jagat. Jagat welcome trekkers with good lodges and nice camping sites.

Chumling the gateway to the Tsum Valley is also known as Lower Tsum. One hour from Philim the trail goes straight up to Ekle Bhatti. After Ekle Bhatti the route separate in two ways. Without crossing the river our trail goes slightly up inside the pine forest. On the other side you can see the trekkers heading towards Manaslu and Larke Pass. From today you will feel more peace and calm than previous day. Within 3 hours from Philim you will reach Lokpa, where you can see the few houses of local people inside the forest. The trail continues inside the peaceful temperate forest of pines, rhododendrons and other different flora. Chirping sounds of different birds, whispering and crystal clear stream, thundering river, dance of colorful butterfly easily fascinate you while walking inside this forest. At the end of the forest there is one suspension bridge, after then you have to ascent few step up from where you can see the small and traditional village of chumling, with different flapping praying flag in the air.

Today is quite short trek to Chhepkamparo is the first village of Tsum Valley, which is around 3 hours far from Chumling. After having short rest in our camp you can go around the village Where you will see the nice stone roof houses, farmer plaguing the field in traditional way, smiling innocent children in the lap of mother, elderly people praying bids in their hands and riding horse, thousands years old Buddhist chortens & mani walls with Tibetan praying words (Om Mani Peme OM/ Jewel in lotus flower) easily change your feeling as if you are totally detached with the remaining world, which you had left behind.

CHHEKAMPARO TO NILE/ CHULE – VISIT MILAREPA CAVE ON THE WAY

Now you are in valley, trail goes straight through the small village. On the way you will pass small primary school, different chortens and mani walls before reaching the next settlement of Tsum Valley, Lamagaon. The trail runs through the flat fields, where you will welcome by the nice smile of farmer and children. On the other side you will see the big courtyard of Raschen Gomba, the biggest Gomba in this region with red roofs. The small crystal clear stream running from the middle of the valley evokes the beauty of this valley. After few step ahead on your right hand side you will see the small small cottage like hut hanging in the cliffs, which is one of the famous historical and religious site of Tsum Village known as Milarepa Cave. Climb up and visit Milarepa Cave, the cave where the tibetan monk Milarepa has meditated. Climb down and cross the Shiar khola, pass the hundred years old unusual chortens and reach the larger settlement of Tsum valley called Chhule village, leaving the impressive waterfalls behind. Cross the small bride and climb few step then you will be in Nile, where we will set our camp.

Today is quite short trek- within 2 hours from Nille we will reach Mu Gomba. It is believed that this is the oldest gumba in this region. We will settle our camp down below the Gomba, near helipad, where you will also see the yaks home. Nile is the last settlement of Tsum Valley. People use to leave their yaks around Mu gomba to graze. The ringing sound hangin in the neck of yaks makes you always aware. In the evening we will visit the Gomba for evening praying.

DTREK BACK TO RACHEN GOMBA

After Breakfast we will process down to Rachen Gomba. Rachen Gomba is the female equivalent of the main Kathmandu Kopan Monastery, which is also the school of monks and nuns to study Buddhism and Tibetan language.

Early in the morning involve in the morning praying ceremony of Rachen Gomba. After having breakfast process back to Chumling. Within 5 hours we will be in Chumling, just capturing the immense beauty of Tsum in our mind and leaving all beauty as it was.

As usual after having breakfast, we will continue our process of coming down. Today our camp will be in Jagat, which is below Philim.

Today our camp will be in Khorla besi. On the way you will see the waterfalls and the thundering river rushing down. You will feel continue process of nature, and strolling local being to cope.

Today is our last day of our camping. We will set our camp near the village of Soti which is few minutes a head from liding.

DRIVE BACK TO KATHMANDU

RESET DAY IN KATHMANDU FOR SHOPPING AND FAREWELL DINNER 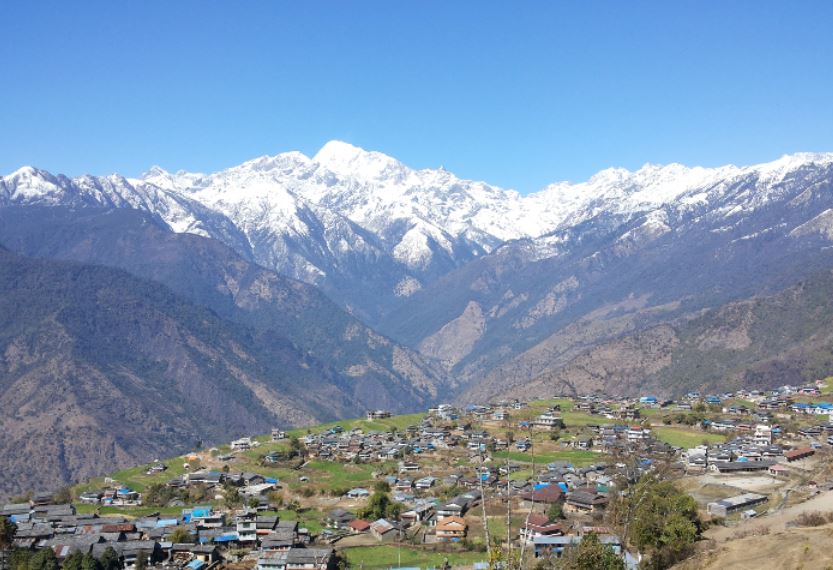 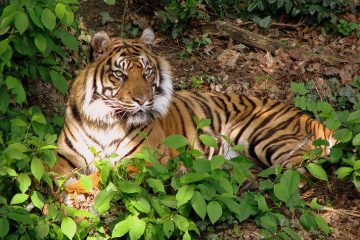 Namaste! Join us on this incredible adventure 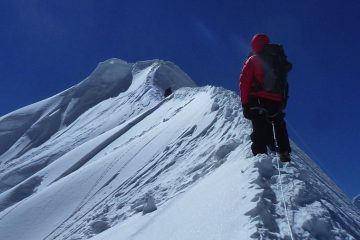 Massif Annapurna Mountains range with some of 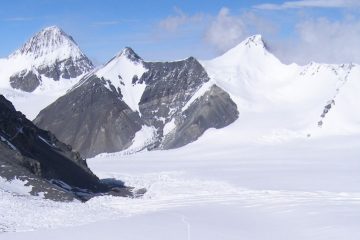 Comparatively, the Manaslu Region is a less
$2,772.00
One tour per person 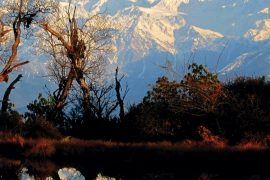 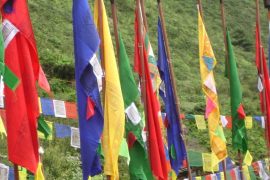 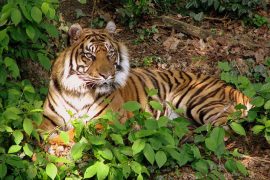 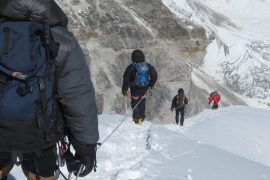